A major development for up to 3,000 new homes in east London – of which 50 per cent will be genuinely affordable – has been approved.

London’s Deputy Mayor for Planning, Regeneration and Skills, Jules Pipe, today approved the redevelopment of the former Ford assembly site at Beam Park in South Dagenham, at a public hearing at City Hall.

The plan includes the delivery of a brand-new neighbourhood for the area, with a new rail station, two primary schools, a nursery, community facilities, retail and open spaces, as well as the new homes. As many as 195 new jobs would be supported by the development.

As a result of negotiations between City Hall and the site’s developers, L&Q and Countryside, the proportion of genuinely affordable homes secured on the site has been raised from 35 per cent to 50 per cent.

The development sits within the London Riverside Opportunity Area, which has the potential to deliver at least 26,500 new homes and 16,000 new jobs.

The site straddles the border of two boroughs: Barking and Dagenham Council approved the development but Havering Council refused permission, over concerns it would harm the character of the local area due to the height of the proposed buildings.

“This is a large, very important site and these plans will deliver 3,000 much-needed new homes, along with transport, schools and community facilities to help make this a liveable and attractive new neighbourhood for this part of east London.

“Having weighed up the evidence available to me and given the overall importance of the application, I have decided to grant approval.

“The wider area around Beam Park has the potential to deliver thousands of new homes and jobs, and could play a crucial role in London’s economy in the decades to come.” 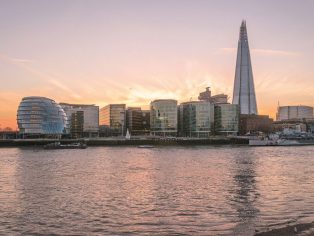