As part of his Summer Economic Update, the Chancellor announced a £2bn ‘Green Homes Grant’, as well as a £50 million fund to pilot approaches to decarbonising social housing. However, in order to achieve the Government’s target of “net-zero” emissions by 2050, more fiscal creativity is urgently needed. So what are some of the measures that could help to get SME developers on board with the new sustainability agenda?

According to recent findings, the UK is lagging behind most of its continental neighbours when it comes to sustainable development, being responsible for the draughtiest houses in Europe. While Rishi Sunak’s pledge to invest in decarbonising social housing and green home improvement projects is certainly a step in the right direction, further fiscal measures are required to help combat the climate crisis and boost the UK’s economic recovery following the pandemic.

Under the Government’s new Green Homes Grant, UK homeowners can claim up to £5,000 towards the cost of energy efficient upgrades to properties, with double this amount available for the poorest households. The grant is effectively an extension of the much-criticised Green Deal, launched in 2013 to encourage an uptick in smart installation projects. When this scheme came to an end in 2015, uptake was much lower than anticipated, with applications from only 14,000 households. This may have been partly due to an overly complicated application process; homeowners were required to take out loans and the cost of improvements was added to their energy bills.

While the loan element has been scrapped under the Green Homes Grant, it’s worth bearing in mind that £5,000 is unlikely to cover the cost of the latest energy efficient technologies. For example, installing ground source heat pumps as an alternative to gas boilers can often cost upwards of £20,000.

As well as incentivising homeowners to take steps to decarbonise their properties, more fiscal creativity is required to motivate SME developers to prioritise sustainability. While companies developing green technologies should be able to take advantage of the R&D schemes, achieving enhanced tax relief, for property developers these technologies still tend to be more expensive to use. The Government could consider bringing in a form of super deduction for property developers in their corporation tax calculations for using such products. This could be structured in a similar way to the R&D regime, providing an increased corporation tax deduction for the cost of certain green technologies. This could help to address current perceptions that solutions such as solar panels and greywater harvesting systems are expensive by providing property developers with additional tax relief for such costs, thus encouraging their use. This could prove an effective and immediate method of incentivising sustainable development, without needing to wait for prices to fall.

Introducing a stamp duty holiday or reduced rate for buyers of new homes that meet a high standard of energy efficiency could prove another effective means of progressing the Government’s sustainability agenda. Another alternative would be for a lower rate of corporation tax to be applied to the developers’ profits arising from the sale of such properties, however, this could be difficult to administer. In order to prove effective, a clear set of sustainability criteria would need to be set and the process of determining eligibility for these tax incentives could also become complicated if developers have mixed portfolios, containing properties for sale and those to be rented out on short-term leases.

While sustainable development incentives introduced by the Government tend to be skewed towards the construction of new build properties, it must also focus on finding ways to improve the affordability of environmentally-friendly home improvements that make existing homes more ‘green’. The need for such measures is demonstrated by the fact that while there is a zero per cent VAT rate on the demolition and new build of properties, the VAT rate for sustainable refurbishments is currently much higher – five per cent. Retrofitting older houses is often particularly challenging, not to mention expensive, which may discourage large numbers of homeowners from making green improvements or using green technologies for projects, such as extensions.

Introducing VAT cuts on the purchase of green technologies could help to encourage the uptake of the Government’s Green Homes Grant while also helping to reduce the need to build on the UK’s valuable green belts. Issuing homeowners who have undertaken green improvements with a certificate, to show that the property has achieved a certain standard of energy efficiency, could also create a positive ‘domino effect’ in the sector by allowing the next buyer to pay less stamp duty in a similar way to any rules that were applied to new builds.

Whatever new measures are introduced to incentivise sustainable development, careful wording and effective guidance from HMRC will be key. This will help to optimise uptake, prevent tax reliefs from being abused and avoid them from becoming an administrative burden. However, what’s clear is that with the achievement of the Government’s “net-zero” target still far from becoming a reality, a little more fiscal creativity could go a long way. 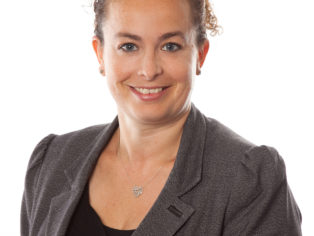