The government has launched a ‘Rent to Buy’ scheme, backed by a £400 million fund, to encourage the construction of new homes that tenants can rent, then buy at a later date. Housing associations and other providers can bid for a share of the fund, half of which is allocated for London, which consists of low cost loans to deliver up to 10,000 new homes. These will be built between 2015 and 2018 and it is expected that they will comprise mostly of one- and two-bed-room apartments.

As part of the initiative landlords must make the new homes available at below-market rental rates for at least seven years. In theory this will allow their tenants to save money to buy their rented property, if they choose. If at the end of the seven years, the tenant decides not to purchase the property, they can buy a different one, or rent another property either privately or with a housing association.
If the property is sold, the provider can use the proceeds to build more affordable homes in their area. If it is not, the home will still be available for someone else to rent with a view to purchase the property.
Providers, who will have up to 16 years to repay the loans, cannot sell the properties or rent them at market rates until the loans have been paid.

“As part of our wider housing programme, this new scheme will help increase the provision of low-cost rented accommodation and provide a springboard for young people to upgrade to home ownership down the line.”

To further emphasise the government’s support of home ownership the Prime Minister David Cameron also pledged to offer homes to first-time buyers at 20 per cent below the market rate if the Conservatives are re-elected next year.

He said that 100,000 new homes would be built in England for people aged under 40, on brownfield land already identified for development.

Speaking on the eve of the Conservative party conference he confirmed that:

“I want young people who work hard, who do the right thing, to be able to buy a home of their own. So these starter homes will be sold at 20 per cent less than the market value.

Homebuilders immediately welcomed the idea, which chancellor George Osborne has called a “permanent Help to Buy”.

The Home Builders Federation said that the scheme “ticks a number of important boxes,” including helping first-time buyers by improving the affordability of new homes built under the initiative, and the homes being in addition to those already identified in local plans. 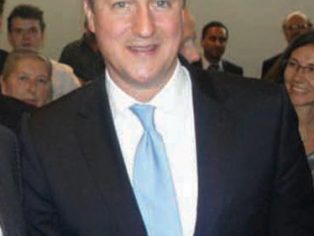