Getting on top of Document Q

According to the Office for National Statistics, between January and September 2018 there were over 200,000 residential burglaries recorded by the police in England and Wales.

Although this figure is steadily decreasing year-on-year, when it comes to security it is vital that housebuilders ensure doors and windows are up to scratch. Burglary can have a huge impact on victims, both emotionally and financially, with the average cost of damage to buildings alone in incidents of domestic burglary estimated to be nearly £500, and the average cost of stolen items estimated at over £3,000.

What is approved Document Q?

In October 2015 Approved Document Q came into force which, for the first time, introduced a security element to the Building Regulations in England in a bid to cut domestic crime.

Part Q applies exclusively to the new build sector (including existing buildings that are being converted into residential properties and new build home extensions, and sets high standards to make sure that easily accessible doors and windows withstand physical attacks from opportunistic burglars by being sufficiently robust and fitted with appropriate hardware.

‘Easily accessible’ is defined as a window or door of which any part is within two metres of an accessible level surface such as the ground or basement level, or an access balcony.

Some may be unaware that Part Q applies not just to common intruder entry points on the ground floor, but also those up to two metres above a flat or sloping surface such as a balcony, garage or porch. It also applies to some roof-windows or skylights, particularly those installed on the top of single-storey extensions.

Part Q lists security requirements for such doors and windows, and calls for products to be manufactured to a design that, when tested, meets the security standards of PAS24:2012, or another standard that has equivalent or better performance. PAS 24:2012, published by the British Standards Institute, provides a method for testing and assessing the enhanced security performance requirements of external door sets and windows in the UK.

In 70 per cent of all incidents of domestic burglary, the intruder enters through a door, as opposed to a window.

A door set is defined as a complete door assembly consisting of door frame, door leaf or leaves, essential hardware and any integral side panel or fanlight. All easily accessible door sets providing access to a dwelling should meet the PAS 24:2012 requirements. Additional requirements include the following:

The introduction of Approved Document Q has been an important step in improving standards of product security and protecting new build developments. However, it is important for specifiers to take the time to understand the regulations, as selecting products that fall short of the prescribed standards can end up being extremely costly in terms of both time and money. 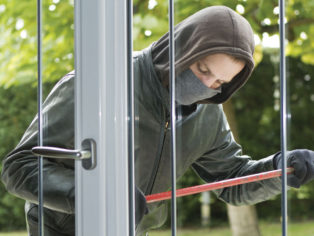 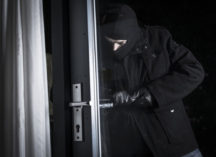