“Firms across construction reported rises in output during Q1 and increases in orders and enquiries clearly indicate that activity will continue to rise throughout 2014.

“Unsurprisingly, private new housing was the key driver of construction activity. On balance, 57% of contractors stated that sector output rose in Q1 compared with a year ago, a considerable rise from the 20% balance reported in 2013 Q4. In addition, output in commercial offices and retail, the largest construction sector, rose for 22% of contractors, on balance, compared with a year earlier. This is a significant rise from the 8% balance reported just three months ago.

“Tender prices rose in Q1 but any boost from this is likely to occur when the resulting work hits the ground later this year. Currently, the key concerns are rising costs and skills availability in specific sectors such as private new housing. Overall, the industry reported that there weren’t serious problems recruiting construction trades. However, 61% of building contractors reported that it was difficult to obtain bricklayers during Q1 compared with 41% in Q4 and only 10% one year ago. A further 28% reported that they had difficulty recruiting carpenters in Q1, slightly lower than the 32% in Q4 but contrasting sharply with only 3% experiencing difficulties recruiting carpenters in just one year ago.”

“The encouraging news is that contractors have now reported four consecutive quarters of growth – with 16% of contractors reporting a rise in output during the first quarter. However, looking beneath this headline reveals that growth continues to be led by private housing, although new work within wider construction showed positive signs.”

“Rising workloads and increases in future orders are good news, but behind those figures are areas of concern. Higher labour costs and a lack of available skills are a ticking time bomb that needs to be defused urgently otherwise, for many SMEs, the premiums attached to the cost of simply building will become unsustainable.” 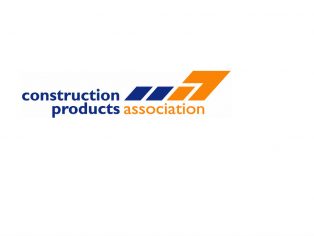