By Mark Jones, head of house-building Standards at NHBC.

In recent times, basements have become a relevant and attractive addition to many houses, but as new claims figures and experience show basement claims by their very nature are difficult to investigate and costly to repair, which can result in significant disruption to homeowners.

A relatively small number of basements – just 14 – resulted in disproportionately high claims expenditure of £3 million in the last year alone, according to our latest figures.

Claims on basements built since 2005 have cost the industry a total of nearly £21 million – affecting nearly 890 homes. Changing weather patterns, a growth in the popularity of basements and a push for more sustainable urban drainage mean that basements present an ongoing risk which needs to be effectively managed.

NHBC has undertaken two recent surveys of around 1,700 sites which highlighted key problems surrounding the construction of basements, resulting in advice for builders to ensure problems are avoided.

Main causes
The research found that tanking defects were the main cause of claims – accounting for 66 per cent of volume and 62 per cent of basement claims since 2006. These related mainly to the detailing of joints at ground level, floor level finishes and openings for services, pipes and cables.

NHBC found that over a quarter (28 per cent) of sites surveyed reported high or unknown water tables, but still proposed a Type A (tanked) or Type B (water resisting concrete) basement, which may not be suitable for the site. The majority of the large claims from 2012 were a result of water ingress and incorrect installation of the damp proof membranes.

NHBC is now looking to revise its standards and guidance on basements working closely with the industry in general to help improve basement design and construction.

It has advised the housing industry to carry out suitable desk studies and ground investigation reports before construction as water levels are critical to the structural design of basements. The surveys also highlighted the importance of adopting the correct waterproofing system and water stops to provide enhanced resistance at joints.

Podium slabs accounted for 12 per cent of volume and 17 per cent of cost of basement related claims, making it the second-largest category. Recent large losses have involved properties adjacent to the deck surface suffering from rising damp and failed tanking where the membrane was cut to allow for drainage.Podium decks generally have a greater exposure to the environment, often with decorative features, including paving and planters. As a result it is vital that builders ensure podium decks have a suitable drainage system with allowance for maintenance, especially when using planters or within the vicinity of trees.

A team of NHBC project managers will be involved in any development incorporating a basement, to assess the proposals and help in achieving satisfactory construction; to avoid the risk of delay, sites with basements or semibasements (for example, on sloping sites where only part of the lower storey forms a basement) should be clearly identified on the Site Notification and Initial Notice (SNIN) when the application for Buildmark warranty is made.

This new guidance, as a result of surveying hundreds of live sites, will hopefully inform the industry and help reduce the risk for homeowners having to endure problematic basements and inconvenience – at a significant financial cost to the sector.

For enquires on basements, please call 0844 633 1000 and ask for ‘Special Risk’ for general technical enquires or ‘Engineering’ to discuss structural issues. You can also email technical(Replace this parenthesis with the @ sign)nhbc.co.uk. Technical Extra is available online at: http://www.nhbc.co.uk/Builders/ProductsandServices/TechnicalExtra/ 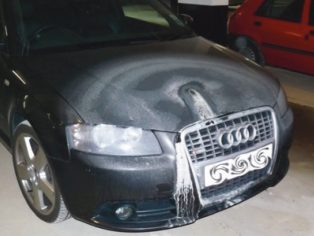