Award-winning house builder Duchy Homes is excited to announce that it has now acquired land in Welford-on-Avon for its first Midlands development of luxury new homes.

Situated on the northern edge of Welford-on-Avon, the well-placed site will offer homebuyers an enviable community lifestyle in a popular village centred around a picturesque village green and landmark maypole. Positioned with Evesham Road to the north and bounded by beautiful open farmland to the south, the elevated site enjoys privileged views over the River Avon, the marina and the village.

The 4.45-acre proposed development, originally the site of Binton Railway Station, is now vacant brownfield with redundant buildings and unsightly overgrown scrub, which Duchy Homes intends to revitalise with an exclusive collection of luxury homes to bring life back to this area of the village. Surrounding woodland will be preserved, along with a footpath link towards Binton Road and the local bus stops.

The site already has outline planning consent and Duchy Homes has recently submitted a Reserved Matters planning application for 24 new homes including the retention of the existing station house and 9 affordable homes. The proposed house types have been thoughtfully-designed to take advantage of the open views towards the river with open-plan living spaces to the rear of most plots and balconies to many rear bedrooms.

Perfectly placed approximately 4.5 miles to the south west of historic Stratford-upon-Avon and close to the North Cotswolds and the Vale of Evesham, the new Welford-on-Avon homes will enjoy a good range of local amenities including its own village shop, a butcher’s, a petrol filling station, two pubs, a golf course, and an ‘Outstanding’ Ofsted-rated junior and infant school. The M40 is approximately 10 miles away, giving easy access to the motorway network.

Since its foundation in 2011, Duchy Homes has earned a reputation for the highest standards in house building, recognised by its repeated triumph year-on-year in the industry-acclaimed NHBC Awards. Its Midlands division was set up in 2016 by Managing Director Steve Hird, with a highly- experienced team based at Henley-in-Arden. Of the plans for more Midlands expansion, Hird says:

“We’re currently looking at five other sites in the Warwickshire and south Birmingham area, and have terms agreed on them. In the next four years we aim to be building 150 units per year.”

With a focus on building only the best luxury homes on well-placed developments to offer exclusivity, comfort and attention-to-detail, the Midlands region’s first development at Welford-on-Avon is already highly-anticipated as a distinctive and prestigious residential opportunity.

A planning decision is expected for this site by Spring, with construction planned to commence in the Summer for early 2019 house sales. 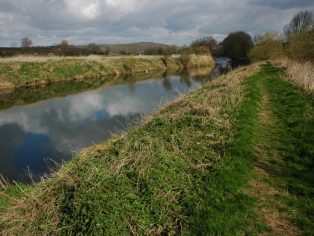