Developers exploring the use of offsite modern methods of construction (MMC) have been highlighted in a new report from the NHBC Foundation.

The new report, ‘Modern methods of construction: who’s doing what?’, found that developers at the forefront were investing significantly in MMC, and that a majority had plans to expand the number of homes they build using such methods.

Among the housebuilders, housing associations and developer/manufacturers included, the report details high levels of adoption of different, advanced forms of MMC such as volumetric modules and panellised systems. According to the report, these developers cited accelerated delivery and increased productivity as key factors driving their uptake of the new methods.

Contained in the report are case studies demonstrating a diversity of approaches to the adoption of MMC, as well as a wider survey which showed that 30 per cent of those studied were already investing in their own manufacturing facility, and a further 9 per cent had plans to do so. In addition, 62 per cent were committing funds to research and development to enhance technologies further.

“Overall, the findings demonstrate a clear commitment by developers to delivering high-quality new homes through the adoption of MMC.

“As this confidence in MMC grows and more technologies become proven, we will begin to realise the full potential for MMC to build more, and higher-quality, homes.”

The report was produced on behalf of the NHBC Foundation by Cast, which is led by Mark Farmer, who was the author of the influential Farmer Review. 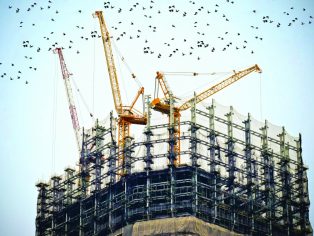