Designer Contracts, the UK’s largest flooring contractor, has boosted its long-established showhome and design team to meet a record-breaking surge in new business.

The Chesterfield-based team, which works with leading national and regional developers across the UK, has taken on an additional 10 people. The new appointments follow a record breaking three months of business this Spring and grows the existing team by around a third.

Said Fay Sykes, who heads up the design division:

“The team has totally smashed it over the past three months with a number of new client wins along with increased business from existing clients. It has been an incredible few months with more showhome project completions than ever before.”

The new recruits are: Paris Haertel who joins the business as a design sales consultant; Sally Whapplington who joins as a curtain and soft furnishings maker; Megan Eyre as a designer; and Ellen Hubbard and Sean Anderson as design administrators. Joe Wray joins the team as a warehouse operative with installation duties. 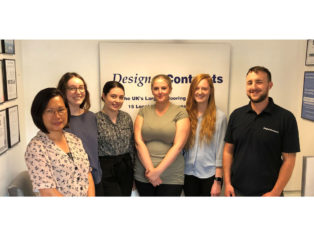