One of the UK’s largest flooring contractors, Designer Contracts, has announced two senior promotions within the business.

“We are delighted to have promoted two exceptional colleagues who have worked hard within the business. It’s people like Stacey and Brian who contribute towards our company’s success and our continued growth during what has been an uncertain time for many – congratulations to them both!”

“I am thrilled to have been promoted to HR and health and safety director! Last year was a big year for our HR department as we implemented a brand-new HR computer system to ensure we’re constantly improving our procedures, so it is an exciting time for myself and my colleagues.

“What I love so much about working here is I am able to achieve a happy balance between my career and home life with the support of the company – it really is a fantastic place to work!”

“After 20 years at my previous place of work, I decided to change direction in my career, which led me to Designer Contracts where I had heard so many positive things from ex-colleagues who had moved here. My first position was in the Thames Valley region as senior contracts manager, progressing to area manager, and eventually moving to the Southern region, before being promoted to regional manager. I think it’s safe to say I made the right decision to take the plunge and change direction.”

The company has recently been recognised as one of the top 200 businesses in Derbyshire and has been highlighted as contributing to the local economy and leading from the front. 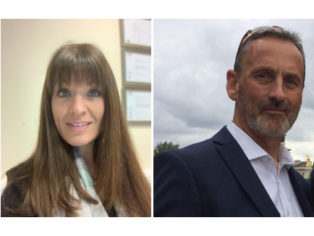