Premium homebuilder Dandara has been presented with 12 prizes at the UK Property Awards, with half of the plaudits being awarded to developments in Aberdeen.

Dandara received a further seven prizes for its developments in the Isle of Man and Bedfordshire, with Union House in Royal Tunbridge Wells ranked as one of the highest-scoring five-star regional winners in the architecture category and a potential finalist in next months ‘World’s Best’ stage of the competition.

“We are very pleased to have received an award in every category entered this year, which is a huge achievement.

“In particular, we’re thrilled to see the Dandara Living team pick up the prize for Best Lettings Agency given that they have only been operating in Aberdeen since late 2015 .

“These awards are testament to the dedication of our design, construction, sales, letting and marketing teams who are fully committed to providing the highest standards for all our customers.”

The UK Property Awards are judged by a panel of more than 70 highly respected experts from all over the world, chaired by two active members of the House of Lords: Earl of Caithness and Lord Best. 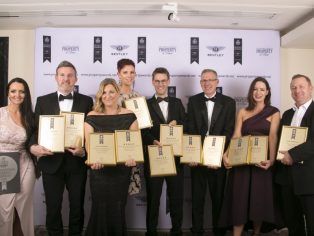 The Dandara team at this year’s UK Property Awards