Close the loop – gypsum to gypsum

Steve Hemmings, head of EHS & Sustainability at Siniat explains why housebuilders and suppliers need to work together and do more for sustainability.

In the last decade the global economy has taken note of the dwindling supply of resources left to us, and more recently we have started taking steps to solve the problem. Although we’re all making great progress in becoming greener, we haven’t quite crossed the threshold to the greener-other-side. We have yet to shake off the consume-dispose culture of the past; we still need the latest phones, computers and cars, and the sheer pace of product and technical innovation means the materials we’re using are getting more complex making it difficult for manufacturers to use reclaimed materials only.

What we call a linear economy – produce- consume-dispose – is unsustainable. We have already recognised that we need to work recycling into our everyday lives. However, because most recycling efforts reduce the quality of the material being recycled, often we’re just reducing the rate at which we consume rather than closing the circle.

European Construction is a key area where inefficiencies need to be indentified and improved upon. The sector produces 33 per cent of the EU’s generated waste according to the most recent Eurogypsum report.

As the report highlights, gypsum, the core material in plasterboard, is one of many materials we could be using more efficiently. It’s also the only material used in construction that an be recycled indefinitely without its quality being affected.

Gypsum is a mineral found in abundance in the Earth’s crust that humans have quarried for millennia to create plaster. Gypsum was first used for creating plaster in Asia at around 9,000 BC, and we still use it to this day because there is no other substance more fit for purpose.

What’s really interesting about gypsum is that the chemical processing to make plaster is entirely reversible. Gypsum becomes plaster when it’s dehydrated, and on the addition of water it becomes gypsum again, like a cake that turns back into eggs and flour once it cools down. Because of this unique chemistry and the fact that the process does nothing to affect quality, gypsum is 100 per cent recyclable, making it unlike any other construction material.

In theory, to achieve a circular gypsum economy, manufacturers need to be in a position to use entirely reclaimed materials instead of newly produced, mined or quarried gypsum. In theory, it’s possible.

However, material quality isn’t the only obstacle in the way of the circular economic model. Logistics plays a big role in the process; even at demolition, the gypsum waste needs to be sorted to avoid contamination. A circular economy will need the entire supply chain to work together; a manufacturer using entirely reclaimed materials at the start of the model is the first step, but if those materials aren’t being recycled by the end user the model isn’t circular. Current demolition methods cause too much contamination to recover a demolished building’s gypsum in isolation. The cross-market management needed to achieve a circular economy is daunting.

In theory, plaster production could become he first truly circular economy. However, theory and reality have so far failed to intersect. Some gypsum is injected into the economy fresh from quarries around the world, and the rest is synthesised as a by-product of flue gas desulphurisation, a process that takes place at some coal-fired power plants. So where do we start?

Gypsum to Gypsum is a a three year EU Life+ initiative aimed at changing the way gypsum waste is treated, made up of 16 industrial and academic partners in seven countries.

The main objective of the project is to achieve higher recycling rates of gypsum waste, helping to achieve a resource efficient economy. The project group has recognised that closed loop recycling of gypsum products will only happen if buildings are systematically dismantled instead of demolished, allowing waste to be sorted on site to avoid mixed and contaminated waste.

Since the project started in January 2013, Gypsum to Gypsum has defined the baseline position and advanced new methodologies for the audit and deconstruction of building elements for the recovery of materials.

Although plasterboard products already contain high levels of post consumer recycled material, more is going to be required to meet EU aspirations for resource efficiency in the built environment. The next revision of the EU Landfill Directive is expected to further drive waste streams from end of life buildings into closed-loop recovery.

The entire country needs to adopt this way of thinking if we’re to reduce waste and consume materials within sustainable environmental limits, now is the time for the supply chain to work together and close the loop. 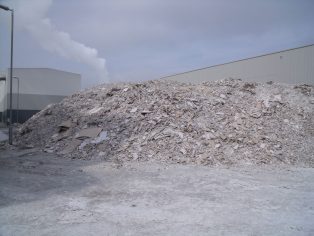 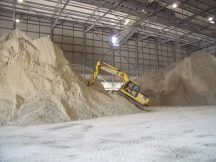