Adrian Keats of Honeywell provides advice on the options available when choosing fire alarms, and where best to site them – in the context of what he believes is a dangerous level of misunderstanding currently in the market.

Despite ever-evolving legislation around fire and CO protection, there is still a shocking level of misinformation when it comes to best practice for specifying smoke, heat and CO alarms.

Current regulations dictate that a smoke alarm be installed in every new build home and each floor of rented accommodation, and that a CO alarm is fitted in any room which contains a solid fuel burning appliance.

However, these regulations only cover the bare minimum so they are far from a guide to best practice. Notably, it is only required that a CO alarm is installed in dwellings where a solid fuel burning appliance is present, and there is no requirement on where exactly smoke or CO alarms should be sited. What’s more, there is no guidance on heat alarms, or the benefits of installing an interconnected alarm system.

Building Regulations require the installation of automatic smoke detectors in new dwellings. According to the regulations, landlords must install at least one smoke alarm per floor. It’s important to note that you cannot replace these with heat alarms and remain legally compliant.

However, while one per floor is the minimum by law, this is not necessarily in-keeping with best practice. According to The Fire Safety Advice Centre, there should be an alarm within 1.5 metres of the entrance to all habitable rooms and any cupboards that pose a fire risk – especially those within the path of an escape route.

What’s more, residents of differing abilities should also be taken into account when an alarm system is specified. For example, choosing units which have lear LED display alerts alongside an audible alarm can help to cater for the hearing-impaired.

When it comes to siting smoke alarms, you should position the unit as centrally as possible, whether this is in an entrance hall or a room. The alarm should also be at least 30 cm away from any wall or light fitting.

To remain compliant with the law, a carbon monoxide alarm must be fitted in every room featuring a solid fuel burning appliance. In terms of ensuring tenant safety however, this is the bare minimum. Many incidents of CO poisoning are the result of gas leaks from incorrectly fitted, inadequately maintained or faulty appliances like boilers and cookers, none of which are covered by the legislation.

For real protection, a CO alarm should be placed in every room which contains a fuel burning appliance, as well as an alarm in any bedrooms located above these.

While this level of caution may seem excessive, NHS figures have shown that approximately 50 people in the UK die every year from accidental CO poisoning, and at least 200 are treated for exposure to the gas, highlighting just how crucial carbon monoxide safety is.

Once the amount of CO alarms necessary for a property has been determined, it’s crucial to consider alarm location. Detailed recommendations can be found in EN 50292, a guide on selection, installation, use and maintenance for residential carbon monoxide alarms. Ideally, the alarm should be positioned at a high level in the room, typically 30 cm from the ceiling, and a metre away from any fossil fuel-burning appliance. It can be fixed to a wall or free-standing on a shelf, as long as the recommended positioning requirements are met.

When selecting an alarm, it’s advisable to consider the type of hazard most likely to arise in each area of the home.

Generally, there are two types of fire: ‘fast-flaming’, and slow-starting, smouldering fires. In a kitchen environment, fast-flaming is most common. In fact, 59 per cent of household fires are caused by cooking mishaps, many of which stem from unattended chip pans which burst into fast-flaming fires.

Fast-flaming fires, unlike slow-starting, produce little smoke, but plenty of heat. This is where a heat alarm can be a better solution than a smoke alarm. In a kitchen, where these fires are common, a heat alarm may react quicker than a smoke alarm, saving valuable time which can be used to alert and evacuate residents.

In terms of location, a heat alarm should be placed as close to the centre of the ceiling as possible. If this is not practical, mount no closer than four inches from a wall or corner. Avoid fitting heat alarms near air vents, decorative objects, or anything which could obstruct the alarm and prevent heat from entering the unit and triggering the alert.

In order to provide a more comprehensive safety solution, property owners are increasingly looking to interconnected alarm systems when specifying for developments. An interconnected heat, smoke and CO alarm network will trigger every alarm in the system, not just the one that has been activated. This ensures homeowners are alerted to danger no matter what area of the home they are in. Wireless options can also keep disruption to a minimum, and avoid the risk of potential damage to wires in a wired system.

Although domestic fire and CO safety has improved, especially since the 2015 regulations, there is still a long road ahead. Compliance doesn’t equal safety, and the importance of proper siting is still not universally understood. While going above and beyond legal requirements might feel unnecessary, the long-term benefits of going the extra mile in fire and CO protection are more than worth the investment. 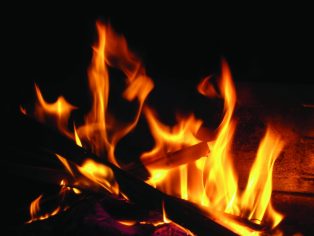