Chester-based architectural, building surveying and planning practice Cassidy + Ashton has submitted plans for a proposed mixed-use scheme on the edge of the proposed Northgate development project in Chester city centre.

The proposals involve the retention of the existing tenants on the ground and first floors, with the addition of a new food and beverage unit at the rear of the building which would be accessed via the proposed pedestrianised area that forms part of Chester West and Chester Council’s Northgate vision.

“As a Chester-based company that has followed the proposals for the Northgate scheme over a number of years, we understand the need to attract people to live, work and spend their leisure time within the city.

“The mix of retail, food and beverage outlets and residential accommodation in the proposals we have submitted addresses those objectives while refreshing an existing building to maximise the potential of its location.”

The new scheme also proposes extension to the building, within the existing floorplate and an additional storey, to allow the creation of 23 one and two-bedroom apartments, which will be retained for renting long term. 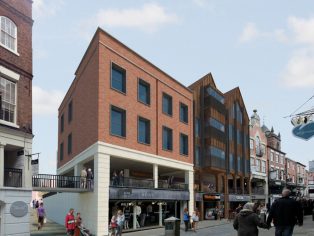 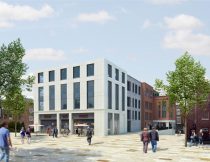