Children at a building themed summer club in Bilston looked the part thanks to Redrow.

The award-winning homebuilder donated 100 high-vis vests to Bilston Pentecostal Church’s ‘build it up’ summer club for five to 11-year-olds.

Children also received copies of What Happens on Redrow Green, a book written by Redrow’s sales director Pauline Turnbull to teach youngsters about the natural environment and the different habitats that animals call their home.

Over the course of five days more than 100 children attended the summer club at the church, which is less than a mile from Redrow’s popular Chestnut Walk development of two, three and four-bedroom family homes.

“We’re grateful to Redrow and everyone else who helped make the summer club a success. The children had lots of fun taking part in various activities linked to the construction industry including building a castle from biscuits and icing. They certainly looked the part wearing the high-vis vests donated by Redrow.”

Launched in 2011, Chestnut Walk is now a well-established neighbourhood that’s attracted a good mix of purchasers including first time buyers and families.

“We’re keen to play an active role in the communities in which we build. When we heard that there was a building themed summer club in Bilston we were happy to help. We’re glad the children had fun and hope it’s inspired them to think about future careers in the industry.” 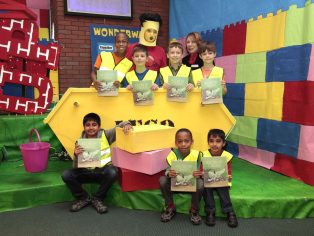 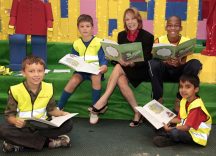