A leading builder has announced plans to create new homes on the site of a former ceramics factory in Stoke-on- Trent helping to create around 400 jobs.

Demolition work is due to begin in the next few weeks and it could take up four months to clear the site. The new homes are due to be launched onto the market in early 2017 and it is hoped the first occupants will move in next summer.

The builder plans to provide a selection of two, three, four and five-bedroom properties together with a commercial element on the site, in Shelton New Road.

The development will be called Mintons Wood, in recognition of the town’s ceramic history where Thomas Minton established his famous pottery factory in the late 18 th Century.

“We are expecting a lot of interest in this site, as there is a strong need in the town for new homes. In turn, this development will also create jobs, boosting the local economy.

“The development is in an historic part of the city close to a conservation area with excellent links to the A500, which is great for commuters.

“We aim to provide a diversity of house types to suit all needs and have designed the properties to cater for today’s modern way of life. People will soon be able to register their interest in the development so that they can be kept up to date on the site’s progress.

“Once the homes are launched, people will be able to buy off-plan, which means they can have the first pick of the plots and a greater say over the finishing touches.” 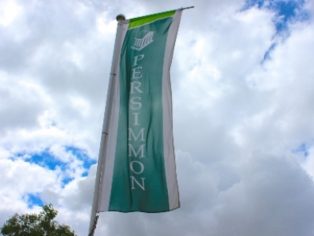