BSRIA is unimpressed with today’s government announcement that small scale solar energy subsidies are set to end. The Department of Energy and Climate Change (DECC) is consulting on plans that would see subsidies for some new solar farms close by 2016.

Chief Executive, Julia Evans, has given her reaction:

“The subsidy cut will have a very large negative impact on the industry. In response to Energy Secretary, Amber Rudd’s, statement that “government can’t have a situation where industry has a blank cheque, and that cheque is paid for by people’s bills”, we would comment that under the renewables obligation, which is the solar farm’s main support subsidy, it’s costing about three pounds per annum on people’s energy bills – a small amount when you compare it with other types of energy, like nuclear for example.

“BSRIA is calling for “a level playing field” for solar in relation to nuclear energy and fracking in terms of subsidies and with regard to planning regulations.

“Yet again, BSRIA is getting the impression that energy efficiency and renewable issues are being viewed as nothing more than a nuisance to government, a nuisance which is hindering, not only the industry – but the economy at large. The recent government announcement signaling the end of the UK’s zero carbon buildings policy is an example of this, as is the European Court of Justice ruling against reduced VAT for energy saving products. Once more, this is an indication of a government move away from any kind of useful renewables policy.

“This announcement is especially disappointing given that subsidies were one of the cheapest ways that the government could meet its statutory climate change targets.”

Under the government’s plans, so called “small scale” solar farms will no longer qualify for support under a key subsidy mechanism – the renewables obligation – from April next year. The government says the move is necessary to protect consumers – who support renewable energy through their energy bills – and is set to rise in the coming years above agreed levels.

Subsidies for large scale solar farms were cut in January. New projects that receive the subsidy may also see the level cut. 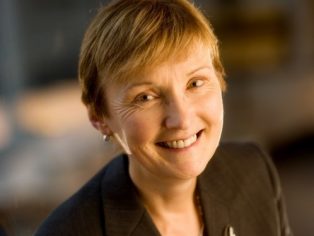