BSRIA is delighted to announce that it is supporting the London Build 2016 Expo on Wednesday 26th & Thursday 27th October 2016, at Kensington Olympia, London.

As the UK economy returns to high levels of economic growth, the UK construction industry is booming once again, with London and the South East of England at the forefront.
In the first six months of 2015 office construction has leapt by a ‘staggering’ 24 per cent in London. By the year 2031, London’s population is expected to rocket to 10 million.

With an ever-growing population, high-rise buildings are being built across London and are transforming its skyline. Planning permission has been approved or is pending approval for approximately 250 high rise buildings across Central London and in total nearly 15,000 high rise apartments are currently being built, with another 70,000 in the pipeline.

BSRIA sees London Build 2016 as the ideal opportunity for the industry to get involved in London’s booming construction industry and to access major developers, contractors and suppliers from across London and around the world.

London Build 2016 is the only event of its kind to cover construction opportunities and projects across London.

“BSRIA is delighted to be working with Oliver Kinross to promote this expo. Attendance will ensure the industry is kept up to date with the latest industry developments, they can find out about the latest construction projects, network with industry peers, meet senior level executives from a large number of local and international companies, and ensure they stay at the top of their field.

The outlook is positive across all sectors of London’s construction industry. From Crossrail to Battersea Power Station; from Earls Court to London Bridge Station; from 1 Bank Street to 5 Broadgate – the number of new and ongoing construction projects across London and the South East of England is vast and wide-ranging.” 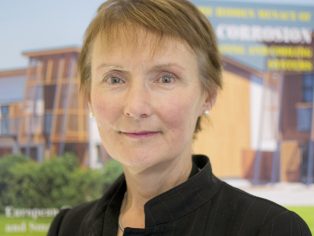