Jason Hughes of Imperial Bricks tracks the resurgence in the use of handmade bricks in the market.

Following a tough few years, the UK brick industry is experiencing a resurgence. Brick stocks hit a record low of 323 million October 2014 – a 71 per cent reduction from 1.1 billion in 2008. Fast-forward to 2017, and the first quarter shows housebuilding levels are on the up, with 39,520 homes completed and 43,170 starting construction, according to the latest figures from the Department for Communities and Local Government.

The mix of brick types within the market is changing however, and we’re seeing an increasing trend for traditional handmade bricks. Demand has risen across the board, with increasing specifications from architects and developers looking to differentiate their projects, while merchants are reporting more enquiries from SME contractors and self-builders.

So, what’s behind this trend? One significant driver is that planners are becoming more particular about the bricks used in projects within conservation areas, specifying the colour, size and style of brick.

Some planners even specify that reclaimed bricks must be used for a truly authentic finish. This doesn’t come without its challenges, as reclaimed bricks can be prohibitively expensive and hard to find. And, with tighter controls on demolition sites, sourcing them will become even more difficult. In London, reports of the capital’s well-known Yellow Stock bricks being stolen from demolition sites – and even live building sites – are becoming commonplace.

The quality is variable too, as there’s no standardised testing, and builders typically experience 20 per cent wastage using them. Moreover, quality and frost resistance can’t be guaranteed. ‘Kiln-fresh’ handmade bricks are a viable alternative. Still a premium product, they are much more cost-effective, CE marked, fully frost resistant and are available with sustainable supplies.

A bit of brick history

Handmade bricks stand the test of time, evidenced by the many 16th century buildings still around today. Their open pore structure is naturally durable, allowing water to enter and escape, unlike hard engineering bricks which can blow, crack or crumble due to trapped moisture.

Traditional brick sizes vary across the UK. For example, imperial-sized bricks are generally slightly bigger than mass-produced metric bricks, and were used as standard in properties built before 1965. Brick colour changes significantly throughout the country too. From London yellows, rich oranges in the Midlands, deep blues in the north and reds in the south, there’s a specific shade for each and every region, thanks to the differences in the local clay used to make the bricks.

Oranges, reds and soft browns have been used extensively throughout middle England in the Shire Counties to build farmhouses and period country properties. This style was recently specified for a private development in Canon Pyon, Herefordshire, which features both contemporary, striking black cladding and more traditional brickwork in an English Garden Wall brick pattern. Ferguson Mann Architects, alongside contractor JDW Building Conservation, chose the style due to the client wanting a “good variation with irregularity of brick texture to blend into the environment.” A white masonry mortar was used so that the colour and texture remained traditional, despite being a new build. Regionally-specific, handmade bricks can even be supplied in weathered finishes in volume for a bespoke result.

Not just for a ‘period’ look

There has been an increasing trend of using handmade bricks as internal slips, adding a contemporary touch and creating an ‘exposed’ brickwork look for a penthouse style. These slips can be used for fireplaces and features too, and can be applied externally as cladding. A cost-effective alternative to laboured brickwork, they’re quicker to install and use less material. They can also be regionally-matched to specific areas of the UK or ‘weathered’ to suit the project.

Handmade bricks can add instant kerb appeal to upmarket new builds, and allow housebuilders to command a premium. Each brick is unique and the imperfect finish (compared to mass-produced bricks) means developers can offer potential buyers homes that have the character and charm of period properties, but with none of the downsides.

Whether you’re going for a period or contemporary look, it’s vital that housebuilders have access to the right type, size, texture and shade of brick, and enough reliable stock. 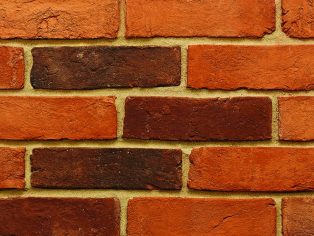 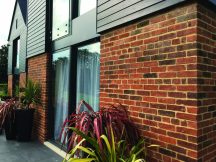 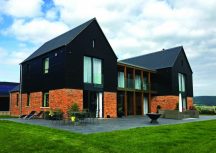