A team of brave trekkers scaled the heights of Britain’s highest mountain to raise money for a very special children’s charity.

The group of eight workers from Persimmon Homes West Scotland took on the Ben Nevis climbing challenge raising £6,749 for Yorkhill Children’s Charity. After months of preparation and training walks the team set out, reaching the pinnacle in four and a half hours. The trekkers set themselves a challenge to raise funds for their chosen charity, smashing their initial target of £2,000 by raising £6,749.

Yorkhill Children’s Charity sits in the heart of Royal Hospital of Children in Glasgow and works tirelessly to support excellence in paediatric, obstetric and neonatal healthcare, enhancing the treatment, care and wellbeing of sick children and their families to give them the best chance of making a full recovery.

“There was a camaraderie amongst the team as we faced the constant incline to the top and we received lots of encouragement from other walkers along the way, which was a real boost to our spirits.”

“We all gained a real sense of achievement out of completing the hike and have been blown away by the generosity of our colleagues, friends and family in the donations made to a charity that means a lot to me personally.”

“We faced three feet of snow towards the end of the hike which really added to the challenge. I am extremely proud of the dedication shown by members of our team and delighted that we managed to exceed the target we set ourselves for such a worthy cause.”

“We are incredibly grateful to the team from Persimmon Homes West Scotland for taking on this challenge for Yorkhill Children’s Charity. Our young patients take on their own challenges every day, and the money raised will help us to give them the best possible care and experience while they are treated at the Royal Hospital for Children, Glasgow.

“Although we have recently relocated, Yorkhill Children’s Charity will continue to raise money to support Scotland’s largest children’s hospital, and we couldn’t do it without the help of fundraisers and supporters like Persimmon Homes.” 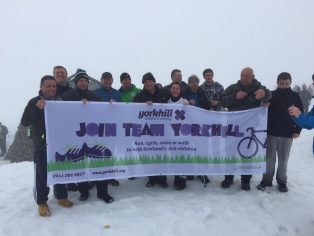 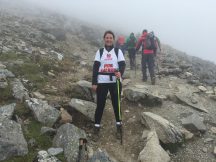