Christian Schiemann, ABB’s product marketing manager for wiring accessories says that advances in smart home technology have enabled it to be used as a key selling point to homebuyers.

Home automation normally conjures up images of futuristic homes owned by celebrities. Until recently, home automation was seen as an expensive option. The perception has always been that only luxury homes have a remote control for the lights, blinds and radiators. To install a sophisticated system in a home used to need the services of a specialist contractor. Building automation was more likely to be found in commercial buildings so contractors needed these specialist skills. This was time consuming and costly, putting it out of reach of most people.

Home automation, or smart home technology is used to describe a system that controls a combination of lighting, blinds, curtains, heating and door security.

Recent advances in technology have made home automation more affordable for home owners because new systems can be installed by non-specialist housebuilders. Home automation opens doors for people to control their lighting, blinds, heating and door control from their smartphone, table or computer.

This has helped the industry grow. BI Intelligence estimated that the global market for smart home devices was worth $61bn in 2014 but this is set to grow more than eight times to $490bn by 2019.

Smart home technology has many benefits for home owners. It can help reduce energy bills, is an impressive selling point, and makes it easier for people to control the environment in their homes. These benefits have led some construction companies to include it as standard in new homes.

The key differentiator that has made home automation more accessible is the move to a simpler set up. New home automation systems use mobile apps that are easy to self-learn. Electrical installers need only a few hours to familiarise themselves with the technology that will help them set up and programme the system.

Installing a new system in a typical three-bedroom house with lighting circuits, room thermostats, radiators and blind actuators costs around £4,500, making it more affordable for ordinary home owners or buyers.

Set up is typically a three stage process:

Home owners have their own version of the app to control heating, lighting, blinds and even security cameras. The benefit of a mobile app is that the home can be monitored and controlled from anywhere, giving the owner control of energy bills. For example, forgetting to turn off lights is no longer an issue; they can be turned off remotely. Setting the thermostat can also be done from the office desk or while on holiday.

Another benefit of smart home technology is security. Systems can be set to turn lights on and off even when no one is home to put off any potential burglars. Home owners can also see who is ringing the doorbell before answering or when not at home. In the event that the smoke detectors go off, lights can be automatically switched on for safety.

Installing home automation systems in new build homes as standard makes them more attractive to potential buyers. Early adopters of systems like these get bragging rights with their friends, in addition to the other benefits attached to the technology.

Installing the systems in new builds is particularly prevalent in mainland Europe, with several of the largest building firms now offering the technology. For contractors in the UK, this opens up opportunities to learn about smart home systems to increase their skill set and revenue streams.

The future of home automation

Full home automation systems are easiest to install during the building of new houses or during major refurbishments of existing houses that require re-wiring. However, as technology develops, retrofitting the systems will become much easier.

How smart home technology can be controlled by users has seen much research and development. System users can now control the sensors and actuators using their voice and will soon be able to use gesture commands. For example, lights can be switched on and off by opening and closing your hand.

To improve energy efficiency in homes in future, home automation technology will be able track people inside the building and adapt the environment accordingly. The next step will be to sense the number of people in a room and adjust the climate to keep a comfortable temperature.

Another key future development will be making the most efficient use of solar energy. Solar panels can be combined with an energy storage system and a controller to make best use of solar energy. For example, batteries can store solar energy until enough is generated to run a complete cycle of the dishwasher without using mains power. This has potential to save on bills and give the occupier control over their energy usage.

There are many future developments to look forward to, but the important thing to take away is that much like the rapid spread of smart phones, home automation is set to see a huge surge in popularity in the coming years. 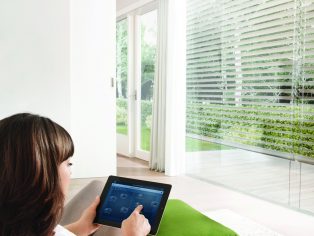 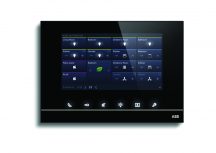 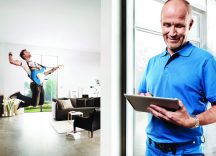