The Top Track 250 ranks Britain’s private mid-market growth companies with the biggest sales. It is compiled by leading research and events company Fast Track and published in The Sunday Times each October.

Companies are ranked by sales in their latest available accounts. The league table complements the Top Track 100 league table of Britain’s biggest private companies by listing the next 250 growth firms.

To qualify for a position in the table companies are required to have operating margins that exceed two per cent and sales must be growing year-on-year by 10 per cent or more.

For the financial year to 30 April 2017, Avant Homes posted both record revenue and operating profit numbers. Revenues increased 45 per cent year-on-year to £369m, whilst operating profits rose 107 per cent to £45m. These were delivered having achieved 1,636 total completions, up 35 per cent compared with the prior year.

In August the company secured an enhanced £200m facility from HSBC, RBS, Santander and Bank of Ireland to significantly increase its land acquisitions over the next 12-month period.

The Sunday Times Grant Thornton Top Track 250 league table ranking follows the announcement in September of the group’s intention to deliver £500m turnover and 2,000 completions per annum over the next two years and a number of strategic initiatives to support its expansion.

The initiatives incorporate a new range of house types, new design specifications and plans to open a new operating region to increase its geographic footprint in the north of the UK.

“Our position in the Sunday Times Top Track 250 is pleasing and follows a sustained period of growth for the business over the last financial year, during which time we increased our number of live sites to 52 and developed our new highly innovative specification.

“By daring to be different in our approach and offering a highly distinct product we are pioneering change in the industry by providing buyers with homes and lifestyle experiences that are unlike any other. This sets us apart from others as we aim to become a £500m turnover and 2,000 unit business.” 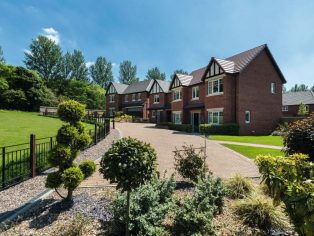