The appointment follows Mark spending 15 months as group operating officer. During that time, he further enhanced the housebuilder’s operational capability to ensure the company can reach its strategic objective of doubling output to 4,000 homes a year and a £1bn turnover by 2023.

Avant Homes employs more than 700 people and, for the year ended 27 April 2018, group revenues were up 21 per cent to a record £447m. During the same period, the group’s operating profit grew 43 per cent to £65.9m from £46m, making it Avant Homes’ third consecutive year of record financial results.

Mark joined the company as a trainee quantity surveyor in 2001. He became Avant Homes’ youngest ever managing director at 27 after six years with the company, running its £90m turnover, 450 unit per year Yorkshire region.

Since then, the 38-year-old has played an instrumental role in Avant Homes’ ongoing successful transformation, ensuring the company was acquired by its current private equity fund owners in 2014. Following his continued achievements, Mark was promoted to group operating officer in April 2017.

“During his time as group operating officer, Mark showed the skills, knowledge, determination and sheer hard work that have enabled him to make this significant step.

“He has joined the main board alongside myself and our chief financial officer, Giles Sharp. We are very proud to have Mark standing alongside us as we continue to drive Avant Homes to even better and bigger things. His appointment also signifies another key stage in our continuing quest to make Avant Homes good, better and different and a force to be reckoned with in UK housebuilding.”

“We are building a very special business at Avant Homes, one that is an agent of positive change in UK housebuilding. I have been fortunate to work with excellent colleagues and mentors throughout my time with the company and was provided with a clear pathway for progression.

“I am grateful to everyone who has helped me along the way to achieve this promotion and I am determined to drive Avant Homes to even greater heights. As a business, we are constantly evolving and bettering ourselves. I will ensure we continue to optimise our operational effectiveness as we rapidly progress towards becoming a £1bn turnover, 4,000 unit a year developer.”

In addition to its five regional offices, Avant Homes’ head office is at Junction 30 of the M1, near Sheffield. 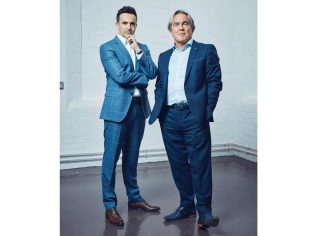